In recent months, much work has been invested in the construction of http://www.streetworld.net. With over 150 editorial articles, which present news and current trends in the field of sportsbikes and cars, Streetworld.net reaches interested readers in more than 89 countries. 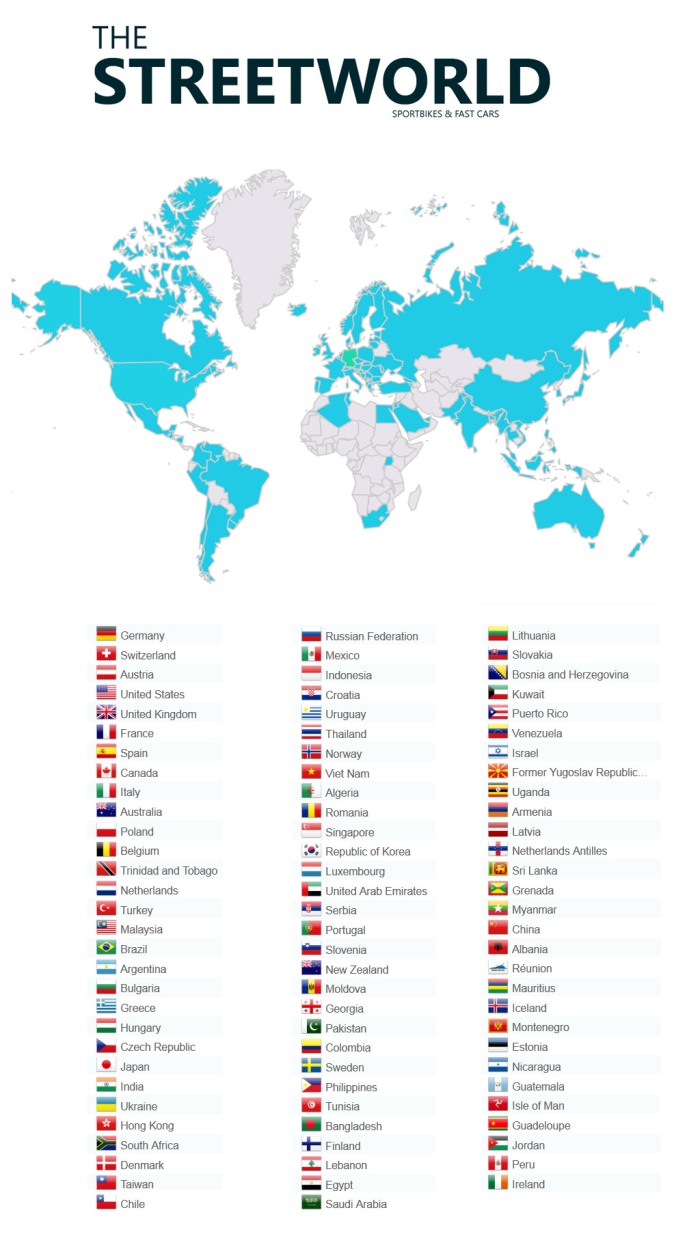 Over time, more and more ideas came up, which will help Streetworld to advance even further in the future. With support of great photographers, regional dealership networks and retailers of accessories and clothing for motorcycle gear Streetworld will be even more successful in the future. Right now I`m really looking forward to an atricle on pictures of David Salisbury, who does a great job by creating amazing pictures in the UK.

Over the next couple of weeks and months, a number of projects are planned. Including, for example, product presentations of gloves and various textile motorcycle jackets, a review of the British Superbike Championship, an USA Streetworld-Special in early November, as well as numerous pictures of new releases such as the Toyota GT86 / Subaru BRZ.

With anticipation I look at the upcoming events on http://www.streetworld.net. Until then, I hope you enjoy this site which brings thousands of visitors closer to the idea behind Streetworld.